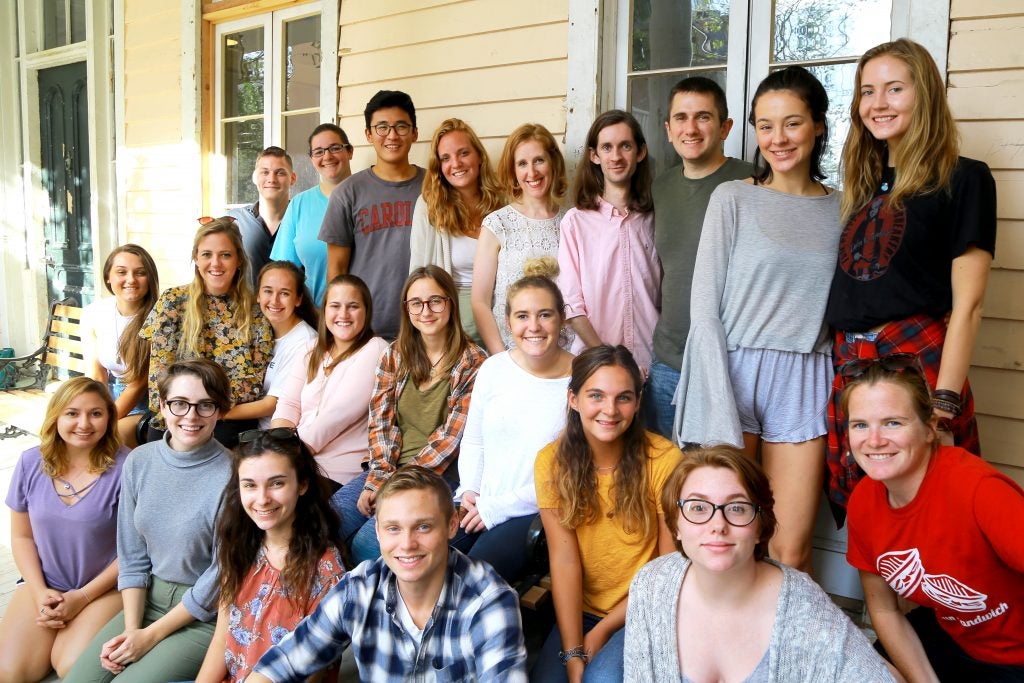 Greetings! Welcome to the Office of Sustainability’s Synergies. It is my pleasure to provide an introduction to the history of the Office. Over the years, there were a number of different individual initiatives on our campus. However, we lacked a point of coordination for all ongoing activities. The sustainability effort received a strong endorsement from the students themselves who requested a student fee be established for the support of projects. Our Board of Trustees authorized a $20 per student fee, and additional student-inspired projects began to evolve.

During the summer of 2011, a search was conducted for the director’s position and our own Dr. Brian Fisher was selected. Dr. Fisher has been busy organizing a very small staff and students into a working network. The Office is a decentralized network hub designed to facilitate and expedite the transformation of campus buildings, designs, approaches, and behavior/attitudes on sustainability issues.

Below, you will read a more thorough, first-hand account of the journey that led to the establishment of the Office of Sustainability at the College of Charleston. I am personally excited about the direction in which our campus is headed. We are poised to be a national leader in sustainability, but it will take each and everyone one of us to do so.

The earliest direct precursor was the College of Charleston’s Recycling Committee, which in October 2007 transitioned into the faculty, staff, and student-run Sustainability Committee under the leadership of Burton Callicott. The Committee’s tenure saw many advances in campus sustainability initiatives, thanks in large part to Burton’s enthusiasm and the broad range of representation on the committee, including a permanent Student Government seat. The Committee successfully advised President Benson to sign the American College and University Presidents’ Climate Commitment in 2008. Later that year, the Committee was awarded a $10,000 Collegiate Recycling grant. In 2010, a 1,200-gallon cistern was installed in the Political Science Department courtyard garden. All of this was achieved while the Committee consistently advocated for the appointment of a Director of Sustainability. However, one initiative served as an especially powerful catalyst in the development of what would become the Office of Sustainability: the Green Fee.

The Green Fee was unique in that it was purely student-driven from the beginning, first championed by Alliance for Planet Earth member Madison Hohman. By 2008, a survey of 1,100 students had been conducted, showing that over 90 percent of the student body supported paying a Green Fee, with more than 70 percent supporting a fee of at least $20 per year. In 2009, a Cougar Pulse survey question confirmed the overwhelming student support for the Green Fee. In response, the Student Government Association passed a resolution supporting its adoption by the College’s Board of Trustees. By March 2010, Madison and collaborator Jen Jones, a recent addition to the Masters of Environmental Studies program, had formalized a proposal and presented it to the Board of Trustees Finance Committee, where it was approved and forwarded to the full Board later that June.  Taking the advice of its Finance Committee and upon hearing the supporting statements from student representatives, the Board of Trustees unanimously approved a $10 per semester Green Fee, to be collected into what would ultimately become the ECOllective Fund.

With funds in place, the question became how to administer them and for what.  Dr. Fisher had established a small “Sustainability Task Force” consisting of himself, Burton Callicott, Dr. Timothy Callahan (Director of the Masters in Environmental Studies program), Jen Jones as the graduate class representative and Adrian Barry as the undergraduate class representative. The Task Force was charged with deciding the best way in which the funds could be administered and what kind of criteria to establish for its use. In the spring of 2011, Dr. Fisher taught a capstone course on climate change in which a student group researched how students wanted their Green Fee to be spent as their final project. Dr. Fisher connected them with Jen and Adrian, and the two teams collaborated on a series of presentations representing potential projects that would be viable on campus, ranging from a compost facility to producing our own bio-diesel from cafeteria cooking oil for campus vehicles. The group chose the moniker Green CofC in order to brand their public presentation under a unified name. The presentation itself consisted of a poster session in the Stern Center Garden, catered with locally purchased foods and organized to reduce waste of any kind. The session was followed by formal presentations for each project in the Physicians Auditorium, both of which were well attended by faculty, staff, and students. Green CofC remained active throughout the summer, collaborating with members of Dr. Fisher’s foundational sustainability class from the fall of that year, and in the fall of 2011 became an officially sanctioned student organization that remains active today.

During the interim period addressed by Green CofC, funds from the Green Fee were put to almost immediate use through the funding of several student projects, internships, and graduate assistantships. Most importantly, the Green Fee highlighted the necessity of creating a Director of Sustainability to administer the funds, and it made the position possible by representing a new and secure revenue stream at a time when budget cuts and tuition increases were hotly debated. The College’s administration began the formal candidate search by submitting a job description and soliciting applicants for an interview in the spring of 2011. Due to the close association with the student body and their clear interest in the process, student voices were encouraged at the earliest stages of the search, with Jen Jones and Adrian Barry solicited for their suggestions by Steve Osborne, Executive Vice President for Business Affairs, and Jen serving on the candidate search committee. Following several in-person interviews and student forums with prospective directors, members of the search committee as well as students active in the forums agreed that the candidates did not meet their expectations for the position.

Over the course of the summer of 2011, the job description was revised and the position was re-imagined. Through this process, and in light of the changes being made to the position itself, a clear choice emerged right here at home in Dr. Fisher. In August 2011, Dr. Fisher accepted the position of director of the Office of Sustainability.  The Office has since become a hub for student-driven projects and currently houses two full-time staff members focused on sustainability in facilities, infrastructure, and academics, as well as a number of faculty/staff liaisons, graduate assistants, graduate research assistants, and undergraduate interns, all of whom are given unique levels of autonomy and responsibility.

And that’s where our story begins.

Wash Away the Microplastics